The Democratic Republic of the Congo: Where hell is just a local call away 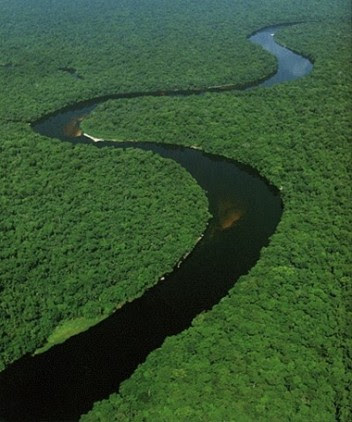 African nation is rich in resources – yet its people know only famine, war and disease. Dan Snow examines why

The Democratic Republic of Congo (DRC) is the size of Western Europe, blessed with resources that ought to make its 70 million inhabitants very wealthy.

Yet it sits at the very bottom of the UN Human Development Index and for a generation has reliably been the worst country on earth in which to be born.

We are headed north to try and find out why. We can’t travel by night because the countryside swarms with the lawless; refugees from the sudden implosion in the neighbouring Central African Republic have fled here with machetes and empty bellies. We stay in a guest house which has not had running water or electricity for two years. It’s plantain and scrawny chicken for dinner, a feast by local standards.

The Land Cruiser rumbles off at 4am, its tyres bald, the windscreen wipers non-existent. The 300km journey will take eight hours if we are  lucky. This vast country has fewer than 2,000 miles of paved roads, and the World Bank estimates that 90 per cent of the entire network is impassable. It is so bumpy that I get seasick.
Hordes of kids roar as we pass but we see only children and pregnant women, no old people. The average life expectancy here has collapsed from 60 in 1960 to 48 today. It is late when we reach Gbadolite, the jungle folly of one of Africa’s most infamous leaders, President Mobutu. The town centre is quiet: modern street signs and traffic lights hang limp and corroding above carless streets.

We are here to film Mobutu’s jungle Versailles. We pass an airport with a runway built for Concorde, which Mobutu would hire for his shopping trips. The marble-clad terminal building is derelict; where the French President François Mitterrand once sipped champagne, families live in lean-tos. We eventually reach the palace to which Mobutu retreated as the Congo collapsed and undiagnosed cancer tore at his insides. Its swimming pool is empty but for a puddle of green sludge, his sunken bed a breeding ground for mosquitoes. Fragments of Chinese porcelain vases lie scattered across the cracked floor.

On the drive back, the lightest of rain turns the road into a slide. The first time we slide into the ditch we jack the 4x4 out, red mud covering our clothes and camera equipment. The second time we are near a village and a posse pushes us out. Then we stop counting. As night falls the driver grows nervous and he starts to make mistakes. Time after time we slide sideways, crashing into ditches, wheels spinning. Two chickens in the back shriek at every crash. On one occasion I fall backwards down a 15ft cutting into a water-filled ditch. We limp into a silent Gemena long after dark. The driver slumps forward on the wheel and whispers “Merci, mon dieux”.

Mbandaka is the next stop, two flights away. A group of politicians from Kinshasa has just landed, staggering into the chaos as crowds of paid voters sing songs. Sitting in the bar are locals selling bits of rainforest they don’t own to Lebanese middle-men.

We are there to see the mighty river; the Congo, the second largest by volume of water in the world. We head to the port. Along the filthy shoreline lie rusting colonial boats. A crane is slowly collapsing into the water, and porters carry bundles into the shallows and throw them aboard barges. Every inch is utilised; families fleeing war in the east, economic migrants heading for Kinshasa, traders who live peripatetically. It’s a week to Kinshasa, the captain tells me. “How long by road?” I ask. “There are no roads.”

In Boma, once the seat of Belgian power, colonial buildings now rot, their windows replaced with chipboard, their roof tiles giving way to corrugated iron. Multiple families live in the grand buildings, partitions cutting across the magnificent hallways.

I have never seen rapids like those on the Congo. The Inga dams alone, if properly developed, could meet the whole of Africa’s energy needs. Two wiry young men guide us to the Ulala rapids and 90 minutes later we are at a mighty cataract, churning water piled high in waves the size of apartment blocks. With only 15 minutes before sunset we film and then slog back uphill through the sudden African darkness.

North of Goma, in rebel-held territory, we soon meet the infamous M23. The DRC has witnessed the first ever mission by UN peacekeepers with an “offensive mandate”, who have been operating in the country since the summer in an attempt to neutralise rebel forces. They have pushed the M23 into retreat in the area around Goma, but the rebels regularly charge south into no man’s land to show the UN that they’re not cowed.

Here there are pick-up trucks full of them, bristling with guns and looking better-fed than many of the civilians. Close to the UN line, shots are fired to our right. The war in the DRC has claimed the lives of five  million people since 1998; stories of barbarism abound and countless million women and girls have been raped.

Here we join a Human Rights Watch interview with a woman whose face is taut with anguish. Her eyes occasionally flick to mine but then dart away as her hands work at the folds in her yellow and brown dress. In a whisper she describes how an M23 rebel came to her house and raped her repeatedly in front of her children. It was a month ago and she was three months pregnant at the time. The HRW team notes down the details; they are the only people who keep a record and the woman has travelled for hours to get there. Reporting it is her only recourse.

The hospital was built by the Belgians in the 1950s and receives no money from any official source in the DRC. One birth in 100 in DRC results in the death of the mother, and one child in three under five is severely malnourished. In Bukavu the helicopter lands next to the lake, almost blowing over an ancient dugout canoe paddled by a fisherman. Ahead we can see a mountain whose top has been scoured away by gold miners. The canyon below is choked with mud, while trucks belonging to the mine’s Canadian owners are carting loads of earth to be spun, crushed and sprayed with cyanide. They aim to produce 150,000 ounces of gold a year here. This is a smashed, brutal landscape, its mountains levelled, its rivers blocked.

The DRC contains 80 per cent of the world’s columbite-tantalite (coltan) reserves (a vital component of smartphones and iPads), 49 per cent of its cobalt reserves, and titanic amounts of copper, gold and diamonds. Yet poverty, famine, disease and war have been all that the Congolese people have reaped from their bounty.

The Congolese people I see are utterly pessimistic about their nation’s future. They tell a joke about evil men in hell being allowed a phone call by the devil. Saddam Hussein and Hitler pay a lot of money to call Iraq and Germany, but Mobutu is allowed to phone the Congo for hours at little cost. Why? “We’re in hell. Congo is a local call.”

Dan Snow’s History of the Congo is on Wednesday, 9pm, BBC2
Posted by Thinking Africa at 05:15