From Child Miner to Jewelry Store: The Six Steps of Congo's Conflict Gold 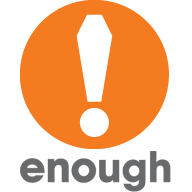 
This is the first of two papers on the illegal conflict-gold trade from eastern Congo that is fueling one of the most violent conflicts in the world. This paper tracks the transnational trade from mines in eastern Congo to consumers. The second paper will map a way to resolve this problem by setting out recommendations to formalize the trade, cut down conflict-gold smuggling, and create jobs to provide living wages to Congolese miners.

The conflict-gold rush is thriving in eastern Congo. Because of its skyrocketing price and the ease of smuggling it in small pouches for extremely high profits, gold has become the most lucrative conflict mineral for armed groups in eastern Congo. More than $600 million worth of gold is estimated to leave Congo every year, and armed groups are funding their operations through control of a significant percentage of that amount. As U.S. legislation and supply-chain pressure from tech companies have made it more difficult for them to sell the more cumbersome so-called 3-T minerals—tin, tantalum, and tungsten—rebels and army commanders have increasingly turned to gold.


Guided by war criminal Gen. Bosco “The Terminator” Ntaganda, who is the subject of an International Criminal Court arrest warrant, the leaders of the new Rwandan-supported M23 rebellion ran an extensive conflict gold smuggling ring in 2011 but was disrupted from this in mid-2012 following Ntaganda’s defection from Congo’s army. M23 is now attempting to retake control of the trade, as it builds alliances with the warlords in control of gold mining areas. Other warlord groups, from the Rwandan Hutu Democratic Forces for the Liberation of Rwanda to Congolese army generals, have also mined and smuggled gold and continue to trade gold for arms. As the price of gold has hit record levels over the past five years, new gold mines filled with child miners as young as 8 years old have sprung up in Congo, and armed groups are fighting over mines and trading routes.

There is a six-step process for getting conflict gold from mines in eastern Congo into its final form: jewelry or gold bars for investors. At the mines, the gold is mainly dug up by hand with pick-axes and shovels in dangerous shafts as far as 100 yards into the earth. Fewer than 5 percent of miners are registered with the authorities, and an estimated 40 percent are children. Armed groups and/or army commanders control a majority of mines, forcing miners to work, taking cuts from the miners, and/or taxing traders along supply routes. An estimated 5 tons to 7 tons of gold are produced in the Kivu region of eastern Congo annually—worth between $285 million and $400 million, a large percentage of which ends up in the hands of armed groups that target civilians with rape, murder, and other abuses. 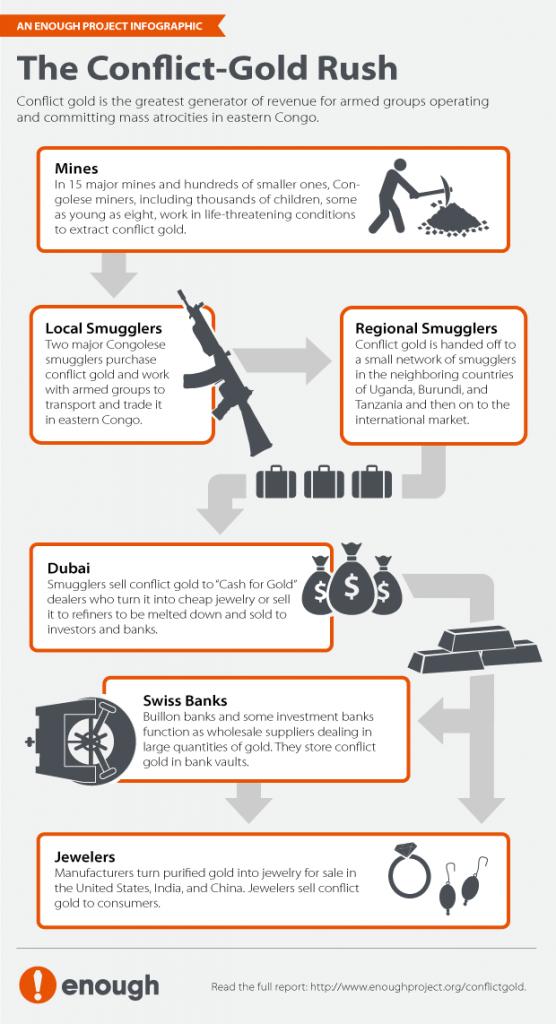 Posted by Thinking Africa at 14:58